5G Standard In The Industry: Navigate Dynamically And Intelligently 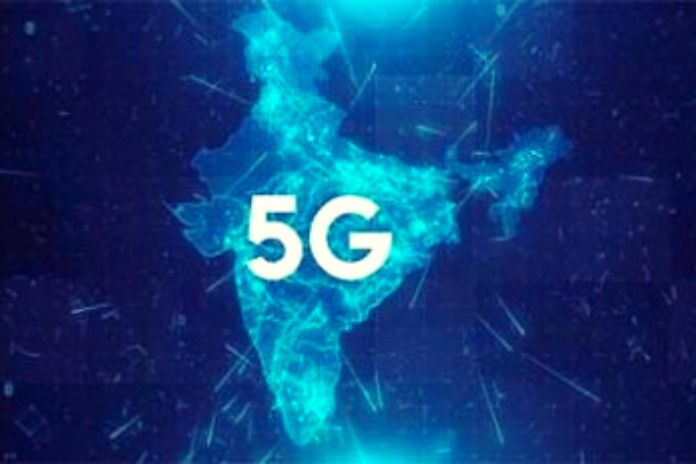 As a further development of LTE and its subsets “Narrow-Band IoT” and “LTE-M,” which create optimal conditions for IoT applications, the 5G standardization has been defined in particular by industry working groups to better serve the requirements in the industrial environment to be able to The automotive industry is one of the first to introduce the technology in its products.

The band from 3,700-3,800 MHz, known as the “industrial spectrum,” was designated by the regulatory authority from the company for their purposes, mostly geographically limited to their factory premises, this spectrum in part or total for a period of a few years can apply for and be allocated in a way and on financially attractive terms. LTE and the 5G standard can be operated on the spectrum.

The Advantage Of Campus Networks

These so-called campus networks have a significant advantage compared to industrial WiFi communication: The Federal Network Agency provides the industry with a dedicated spectrum for 4G/5G, while all variants of WiFi, including WiFi6 or WiFi6E, operate in the unlicensed spectrum, i.e., In principle, every object can use the channels and scopes on-site – visitor groups and suppliers can potentially disrupt operations or even paralyze them. This can be ruled out in the mobile network by licensing the spectrum. No participant can log into the grid if his equipment and identity are not registered.

5G Standard In The Automotive Industry: For Example, AVP

Many industrial sectors are currently in the introductory phase and are testing or implementing 5G in the first applications. An example is an automotive industry, which will be one of the first to introduce the technology in its products. 5G is used in the networked vehicle in the communication relevant to the occupants and the manufacturer’s communication. One of the 5G-based use cases is Automated Valet Parking (AVP). After the final quality check, vehicles can drive autonomously from the production hall to the loading area and be parked more closely since doors no longer have to be opened to get in and out. On the way, they can also download a final software update before delivery to the customer.

This can also go hand in hand with subscription management: the transition from a “private” identity for the vehicle in the factory network to one in the public network must be initiated. But vehicle connectivity also plays a particular role in the factory: the primary data for minimum operation can be loaded earlier via the transmission control unit if all the components connected via the wiring harness have already been installed.

AVP technology is also suitable for other moving objects, such as driverless transport systems (DTS). With 5G networking and the cloud, it will be sufficient in the future to equip an AGV with a battery, sensors, and a connection to the 5G standard. Today’s relatively static navigation can be dynamic and intelligent in the future. Obstacles can be determined in swarm intelligence and reported back to the backend to calculate new routes. Software updates and other functions can be transmitted from the cloud to all AGVs simultaneously, and the costs per vehicle can be significantly reduced. Ultimately, it is also conceivable that precisely the components of the car it is transporting are built into the AGV: the AGV itself will be AVP-capable.

eMBB was already defined and implemented in LTE and is used in applications that require high data transmission rates, such as streaming high-resolution camera images, augmented reality (AR), or virtual reality (VR).

Camera images can be used, for example, for object detection and identification, for quality assurance before parts are installed, and generally helps monitor critical infrastructure on the premises. AR and VR are also playing an increasingly important role in quality assurance. Checking built-in components when an error diagnostics routine is called up allows you to receive the error message and display the position and connection of the defective part, together with work instructions for the replacement.

When using the same physical network infrastructure, various virtual networks can be provided via network slicing, containing specific functions and performance features depending on the application. This software-based technology can, for example, allow certain services to be prioritized with different requirements in terms of range, transmission rate, latency, and availability.

MTC plays a role in cost-effective and robust communication with and between devices with high usage density and, at the same time, low bandwidth. Theoretical values ​​see up to one million connected devices per square kilometer and deeper penetration into buildings. This means that sensors and other measurement and control technology can be networked over a wide area, primarily if used in difficult-to-access or mobile locations.

The Industrial Ethernet, the successor to the classic fieldbuses, is designed for determinism: It must be possible to send and receive data packets at specific times. Profinet, Modbus TCP, Ethernet/IP, EtherCAT, PowerLink, etc., are transported via 5G; Profinet telegrams are tunneled over IP.

With the real-time capability of the 5G standard, applications such as human-robot collaboration (HRC) are possible without separating protective devices. An impulse can be transmitted by safety mats, light and laser curtains, and other sensors to initiate safety-monitored stops and thus avert damage to people and machines. In 5G, this functionality is implemented via URLLC: Ultra-Reliable Low Latency Communications is intended for minimum latency times between 10 and up to one millisecond and is ideally suited for use cases that depend on robust and fail-safe communication.