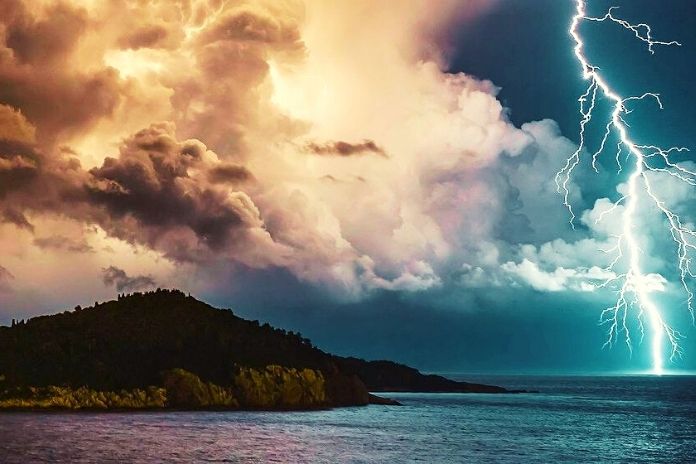 Due to the climate crisis, extreme weather is increasing. The Internet of Things could play a decisive role in monitoring water, and levels in the future. A digital solution from Telekom and the start-up Divirod continuously collects water data on coasts, lakes, rivers, and roofs – and is intended to ensure more security in risk areas.

Devastated streets, collapsed bridges, destroyed houses, dozens of dead: the traces of the flood disaster in Germany in mid-July 2021 are still omnipresent months later. In the particularly affected areas in North Rhine-Westphalia and Rhineland-Palatinate, many people are faced with the ruins of their existence. The extreme storms caused damage in a record amount of more than 29 billion euros, as the newspapers of the Funke media group reported in November, citing government information. The dramatic consequences raise the question: How can rivers and reservoirs be better monitored to react more quickly to extreme weather conditions?

Risk Areas Rely On Sensors As A Precaution

Other risk areas around the world that are regularly hit by extreme weather events have relied on digital solutions for several years. For example, in the US state of Florida, where the hurricane season officially lasts from June to the end of November, sensors collect water data to prepare for storms. In the same way, the northern Italian lagoon city of Venice is receiving flood warnings. Data from drinking water reservoirs and reservoirs is digitally recorded at other locations in the USA and Europe.

The sensors from Divirod are also used in Germany: Deutsche Telekom has included the digital solutions from the US start-up in its portfolio for municipalities and companies. The sensors automatically measure water levels in reservoirs or rivers and monitor coasts or amounts of snow on roofs. “As we saw very dramatically this year, water disasters can affect us all,” says Dennis Nikles, Managing Director of Deutsche Telekom IoTGmbH. “With the digital solution from Divirod and Telekom, water levels can be tracked continuously, precisely, and fully automatically.” The data obtained can visualize the long-term effects of climate change. “Technology helps to think and act with foresight to avoid disasters in the best-case scenario or mitigate the consequences,” says Nikles.

According to forecasts, heavy rainfall events such as those in NRW and Rhineland-Palatinate and forest fires and droughts will increase in the future. A study by the organization “Save the Children” concludes that children born today will be exposed to far more weather extremes due to the climate crisis than a person born in 1960. They could experience twice as many wildfires, three times as many floods and crop failures, and seven times as many heatwaves. This is a scenario in which countries maintain their current greenhouse gas reduction strategies. Reaching the 1.5-degree target could make a big difference, explained the international team of scientists.

However, the World Weather Organization (WMO) reported in September 2021 that the number of weather- or climate-related natural disasters have increased significantly since 1970. Between 2000 and 2009, there were five times as many storms, floods, droughts, and extreme heat events as then. According to this, in the 1970s, there were an average of 711 weather catastrophes per year worldwide. From 2000 to 2009, this number rose to 3,536 per year. However, the WMO report also shows that fewer people die from environmental disasters today than in the 1970s and 1980s. At that time, around 170 people died worldwide every day. Since 2010 this number has dropped to approximately 40 per day. Background: The disasters claim fewer victims because people can be warned of approaching storms in good time.

The Internet of Things (IoT) could further increase security in vulnerable areas. The sensors from Divirod are equipped with SIM cards from Telekom. The data can be transmitted to the Divirod cloud via the global telecom network (LTE-M). Municipalities or companies receive local, individual water data, which they pay for annually and according to consumption. Investment costs are not incurred. LTE-M cellular technology is specially designed for connectivity for IoT applications. It is characterized by low latency times, low energy consumption, and high availability indoors.

Conventional methods of measuring water levels are sometimes inaccurate, maintenance- and cost-intensive, and susceptible to environmental influences. “Existing models lack sufficient water data for accurate risk prediction,” says Javier Marti, founder and CEO of Divorced. “We are working on building up a database of water data that is as complete as possible. Our satellite-based sensors provide the most accurate data in real-time. With the comparability and depth of detail of the values, current situation reports can be created at any time.” Water data is the key to quick reactions, medium-term decisions, and long-term planning.

Companies can also benefit from data collection via sensors. With the help of “Divirod RoofWatch,” the roofs of commercial properties or large warehouses can be constantly monitored – thus minimizing the risk of collapse and increasing building security. If there is too much water, snow, or ice on the roof, the sensors immediately sound the alarm. The technology also detects blockages in drains at an early stage. In this way, damage inside and outside of systems can be avoided and operational risks reduced.

The digital solution can also be used to monitor coastal areas. For this purpose, data on tidal waves, vigorous wave activity, and possible coastal erosion are collected. For example, sensors on the coast calculate when a high tide will hit land. With the data, property owners and companies can implement and document measures to protect assets and prove them to insurance companies, financial companies, and municipalities.

ALSO READ: Data-driven Marketing: How Can My Company Work Data-Driven?

CRM For TPE: How To Choose Well?