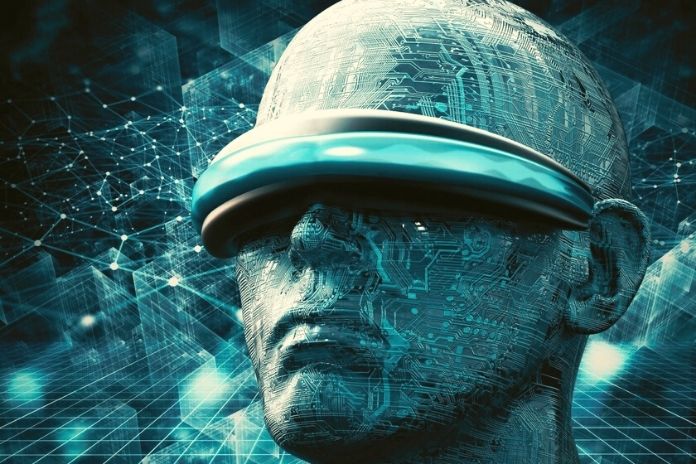 Most of us associate superpowers with comics & movies. But artificial intelligence & Augmented Reality are already making a lot possible. However, it will be decisive who uses the progress for themselves.

From comics and film adaptations, we know that they are now becoming Reality – thanks to augmented reality (AR) and artificial intelligence (AI). We see more, learn more, and can do more. We develop superpowers thanks to technology. We have provided you have the money – like Batman and Iron Man. Real only.

Let’s take a quick look at what artificial intelligence can already do today.

With the help of a digital twin, we can already look inside machines or devices. For example, the Digital Twin is a digital 3D copy of a machine. We place this virtually over the original. We can then look inside with an augmented reality headset. But there is already an application that can recognize people through walls – solely based on the distortion of the WiFi signal.

An artificial intelligence recently beat the world’s best lip readers. It is now conceivable to eavesdrop on a person without hearing him. And that even works over many metres, because machines have had better eyesight than humans for a long time.

A recently presented AI can only measure people’s blood pressure with the help of a camera signal. We also know this from superheroes, who can tell from a distance that someone is lying, for example, because their blood pressure or heartbeat suddenly changes.

Artificial intelligence has learned to brighten dark camera images so that previously invisible objects become visible again. With the right computing power in the background, this is, of course, also conceivable in real-time.

In the X-Men films, Dr Xavier can locate humans anywhere on the planet using the Cerebro machine. In Reality, the dark side of the force has already caught up with fiction – without the “good” Professor X and Cerebro as the heart and engine. A China-wide innovative camera network allows authorities to track one person among billions across the country in minutes.

These examples are not yet available for augmented reality data glasses but only run on high-performance computer systems. But it won’t be long before they also work on mobile devices, or we can call them up on our glasses in real-time via 5G.

This is precisely where the real superpowers come from: augmented Reality means bringing information from the computer into the real world. Thanks to the connection to artificial intelligence and the Internet of Things, we have access to options that we previously thought were impossible via data glasses.

The Three Building Blocks Of Superpowers

Augmented Reality expands our visually perceived world. Special glasses create a layer with additional information about our field of vision. It’s kind of like the perspective in Iron Man’s helmet. This additional information is directly related to the physical space and can be changed by gestures or voice commands.

The Internet of Things enables us to control and monitor machines or things that previously could only be operated locally with buttons. With augmented reality, we can now transfer virtual actions to the real world and, for example, shoot actual light bulbs with virtual arrows.

With great power comes great responsibility. Not only Spider-Man knows that, but every comic book reader. Every superhero has its nemesis. And this nemesis often has a tragic fall that brings them to the dark side. Now he uses his technical or superhuman abilities for evil. Thanks to augmented reality, this can be applied almost precisely to our superpowers.

On the one hand, what can save lives enables deep invasions of privacy on the other. This has to be discussed intensively elsewhere. Because in Reality, the good doesn’t necessarily win in the end. Unfortunately, this only applies to comics.

ALSO READ: Smartphones Out In Five Years: Does The Future Belong With Wearables?