More
More
HomeGADGETSSmartphones Out In Five Years: Does The Future Belong With Wearables?
GADGETSTECHNOLOGY

Smartphones Out In Five Years: Does The Future Belong With Wearables? 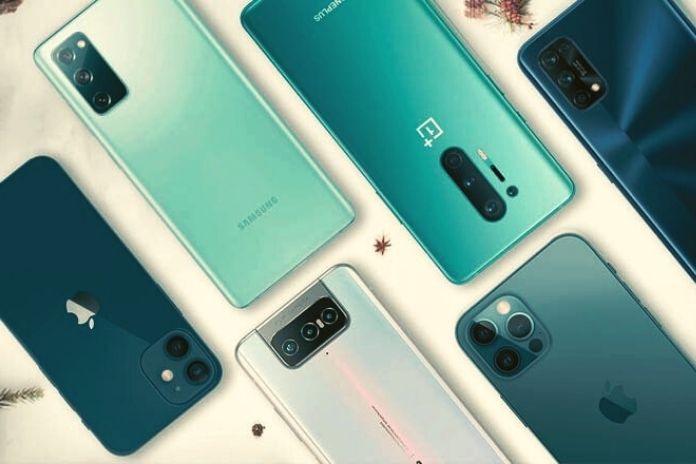 Samsung CEO DJ Koh claims we won’t be using smartphones in five years. Instead, wearables devices like smartwatches & headphones are future. Is he perhaps right about that? A classification of the possible smartphone-off. Samsung launched the first foldable smartphone in April 2019. But the South Korean manufacturer had overestimated itself: the Galaxy Fold wasn’t ready yet, and Samsung had to back down.

At a press conference on the faux pas surrounding the Galaxy Fold, Samsung boss DJ Koh surprisingly predicted that we wouldn’t be using smartphones anyway in five years.

wearables Smartphone: Does The Galaxy Fold Bring About Change?

Koh says that smartphone makers are slowly reaching design limits. The initially failed launch of the Galaxy Fold would prove this.

In addition, the Samsung boss believes that with the new 5G mobile communications standard, both users and manufacturers will rely more on wearables. The end of smartphones would, therefore, soon be upon us. Koh means all Samsung smartphones and all mobile phones on the market.

As the Austrian portal Futurezone writes, he explained at a press conference on the Galaxy Fold that we would no longer use our mobile phones in five years.

Smart Devices Instead Of Cell Phones

According to the tech portal ZDNet, Koh said: “We must not think about cell phones, but more about smart devices.” The boss believes that a new era will begin this year. Perhaps his claim is not so far-fetched after all. After all, wearables are already enjoying increasing popularity.

Apple boss Tim Cook also recently made public that sales made by Apple with wearables such as the Airpods or the Apple Watch have long since exceeded the highest level that the iPod had ever achieved.

So you can say: smartphones are mature. For example, if we look at how significant the changes were from the iPhone 5 to the iPhone 6, Apple is now fine-tuning the details.

Technical advances are becoming slower and slower. But the demand for new technologies is not decreasing. Customers expect to hold a new mobile phone with improved technology in their hands every two years on average.

So we can now ask ourselves the following question: Would wearables be a welcome change from smartphones, or do they have even more potential for further development than cell phones?

Smartwatch users no longer notice that they are wearing a small display on their arms. In combination with wireless Bluetooth headphones, we can sometimes use a smartwatch to make calls, listen to music, and do many things that we would otherwise do with our smartphones.

It is also exciting to see how communication develops. For example, if we only use a smartwatch, will we only stay in touch with family, friends, and work colleagues via voice control on the go? Would messengers like WhatsApp disappear, or would artificial intelligence then be able to type our language reliably?

Five years is not a very long time, yet a lot can still change and develop in the meantime. So it remains to be seen how the market will develop in the next one to two years and to what extent manufacturers can still improve their smartphones to meet the high expectations of their customers.

ALSO READ: Why 5G Is Leading Companies Into A New Era