More
More
HomeGADGETSFoldable Smartphones: Who Offers What - & Why Apple Not Offer?
GADGETS

Foldable Smartphones: Who Offers What – & Why Apple Not Offer? 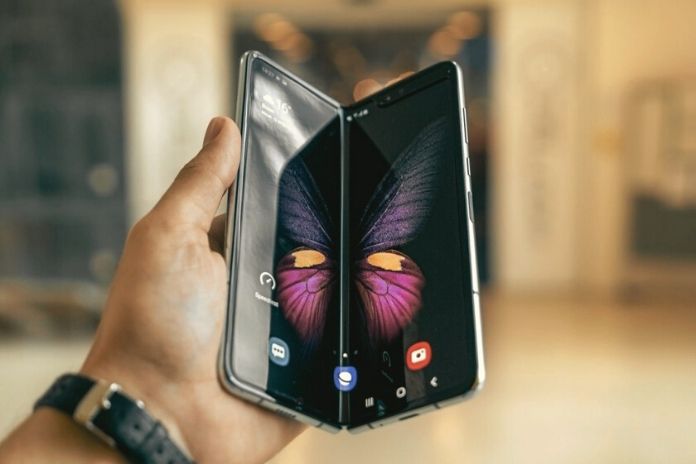 Samsung, Microsoft, and Motorola are launching numerous foldable smartphones. Only Apple is holding back so far – and for excellent reasons. We look at what devices have been out there so far and why the time for foldable may not have come yet. Apple is actually at the forefront when it comes to technological innovations. But we know that the iPhone company also likes to take its time and not release devices until they’re mature — and that applies to foldable phones.

On the other hand, Samsung, Microsoft, and Motorola rely on the advantages of the pioneer. Samsung, for example, has already launched what it says is “revolutionary” Galaxy Fold – for a reasonable price of 1,500 euros. The 5G variant even costs over 2,000 euros.

Foldable Smartphones: In A Country After Our Time

The question that we and certainly Apple are asking themselves is: who wants to afford it anyway? At the moment, we all get along just fine with standard smartphones. We haven’t even learned how to use them sensibly. It seems like the devices control us more than we maintain them, considering how many times a day we unconsciously pick them up.

So why are mobile operators and smartphone manufacturers already thirsting for the next revolution? The answer to that is as simple as you might expect: money. Buy Samsung and Co. are not doing themselves any favors in 2020 by wanting to be ahead of our time with foldable smartphones. Or do you have a great desire for a foldable that you have to pay more than a thousand euros for?

Foldable smartphones are taking place in a country after our time. The mechanism for unfolding such devices is currently still error-prone and vulnerable. The first version of the Galaxy Fold, for example, still makes clicking noises when it is closed. According to Samsung manager Koh Dong, the company only sold “400,000 to 500,000” Galaxy Fold devices by January 2020 after a chaotic start. Initially, the company had set a sales target of one million.

In addition to the Galaxy Fold, there are other foldable on the market. The Galaxy Z Flip with a 6.7-inch AMOLED screen also comes from Samsung. Microsoft designed the Surface Duo to combine “the best of Microsoft and Android. “The smartphone should be on the market with an 8.3-inch display by Christmas 2020 at the latest. A 360-degree hinge should also allow the folding of the device in both directions. So you can decide whether the display is inside or outside.

And Motorola released the Raze in 2019, which has a 6.2-inch OLED screen when unfolded. However, according to critics, this is only a mid-range device. Golem even reports that the smartphone breaks after 27,000 folding processes.

Foldable Smartphones: Apple Is Experimenting But Is Holding Back

Apple is holding back in foldable smartphones for excellent reasons. The technology does not seem to be mature to publish a sustainable device. In addition, the demand for foldable still seems to be far too low for a product launch for Apple to be worthwhile.

But founder Steve Jobs’ company is already secretly experimenting with foldable. According to the well-known and reliable information  Ice Universe, Apple has ordered: “a large number” of foldable screen models from Samsung. This is reported by the technology portal Macromers. It is almost impossible that Apple will present a foldable device this year. After all, the company doesn’t take hasty snapshots – and would have to justify a release before the iPhone and iPad.

Because it is not yet clear what added value foldable smartphones should deliver. Theoretically, they can combine smartphones and tablets or iPhone and iPad – but wouldn’t a launch pose a threat to these two product groups? Apple should think about that – and only release a foldable smartphone when it is 100 percent convinced of it.

ALSO READ: This Is In The New Draft Of The Planned E-Privacy Regulation