How IoT Standards For Big Data 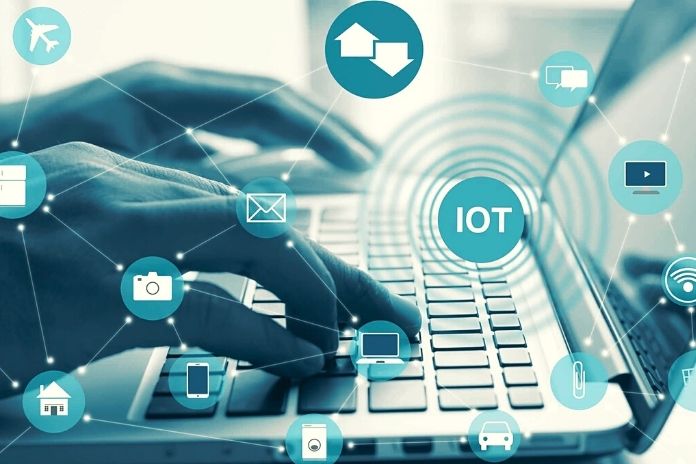 The interoperability of end devices stands and falls with IoT standardisation. After all, a robust implementation should deliver data. The country needs IoT standards. On April 20, 2021, the FIDO Alliance launched the FIDO Device Onboard (FDO) protocol. With this standard, the FIDO Alliance addresses the challenges of security, cost control and complexity of IoT deployment in large-scale deployment. The initiative couldn’t come fast enough for the IT industry.

IoT On All Cylinders

According to the research institute IDC forecast, the IoT market is expected to maintain its spectacular double-digit annual growth rate despite the pandemic and break through the $1 trillion mark in the coming year (2022).

Record-breaking growth dynamics or not, doubts are spreading in the executive floors. A recent survey by the research institute Media (“IoT Enterprise Survey 2021”) revealed that most companies have serious concerns about potential breaches in their IoT infrastructures. Of the 170 IoT leaders surveyed, 85 per cent said security concerns remain a significant impediment to IoT adoption. For nearly two-thirds (64 per cent) of respondents, end-to-end IoT security is the top short-term priority, ahead of edge computing (55 per cent), artificial intelligence ( AI )/machine learning (50 per cent), and 5G deployments (28 per cent).

At the same time, around 90 percent of companies state that the Internet of Things (IoT) technology is of central importance for digital transformation and is used in several areas of their company.

Widespread adoption of IoT stands and falls with interoperability.

Right now, the landscape is a patchwork of network protocols. These include:

Data can flow into analysis from all these elements of an IoT implementation.

IoT implementations can leverage a variety of infrastructure layer protocols, from IPv4/IPv6 to 6LoWPAN to RPL.

RPL is a routing protocol designed explicitly for low-power and lossy networks, i.e. those networks that consist mainly of low-power devices and where there could be packet loss. RPL optimises connectivity for many-to-one communication and for the ability of nodes to share information about network topology (i.e. the shape and composition of the network) in the most efficient way.

For IoT devices to be able to identify each other uniquely, they must communicate based on common standards. For example, all devices in a network have a so-called MAC address, a unique identifier that they “inherit” from the respective manufacturer during production.

uCode is a unique identification system that works similar to ICANN’s domain name registration and DNS management systems. Special codes are managed by redundant ID servers that can issue and resolve code IDs and return device information, much like a DNS server determines a unique URL to an IP address.

A standard called EPC (short for Electronic Product Code) from GS1 allows for the encoding and decoding of universally unique identifiers for every physical object in the world, based on product category information (like a UPC number) and serial numbers that identify individual instances of an object type and can be called up via RFID (i.e. without a line of sight and without a barcode scanner). GS1 is a non-profit organisation with over 300,000 members dedicated to standardising business communications.

In March, GS1 in Europe and the LoRa Alliance signed an agreement to explore the use of GS1 supply chain standards with LoRaWAN (Long Ranged Wide Area Network). A first pilot project in rail logistics in France has already been successful.

The collaboration aims to demonstrate the feasibility of implementing object identifiers in LoRaWAN networks. In addition, an extended data format is to be created, which the railway industry should use to improve geolocation applications in webs and ensure access to additional sensor data for predictive maintenance and asset management.

LoRaWAN deployment has accelerated significantly over the past 12 months, says Donna Moore, CEO and Chair of the LoRa Alliance. In 2021, massive scaling of applications across different industries was likely to occur. “One clear trend that has emerged is the need for multi-RAN strategies to address specific use cases,” Moore said. The combination of short-range RFID and long-range LoRaWAN networks represents a considerable market opportunity in which cost-effective wireless communication can be achieved, enhancing the benefits of both technologies to users. With the strategic initiative, the LoRa Alliance aims to simplify IoT application scenarios and would like to make LoRaWAN more accessible and interoperable with open standards.

Service identification protocols should enable the identifiable IoT devices to find the required services in the network quickly.

DNS is a DNS variant for small local networks that do not require an NS server. Apple’s Bonjour protocol is a proprietary implementation of mDNS.

In addition to these building blocks, there are also multi-layered frameworks that cover all parts of the stack of an IoT application.

IoTivity is an open-source reference implementation of a whole set of standards from the Open Connectivity Foundation (and Alljoyn, which has merged with IoTivity).

The FDO protocol is a new open IoT standard intended to allow devices to be integrated “simply and securely” into the cloud and on-premises management platforms.

The FIDO Alliance has brought together more than 250 of the most influential and innovative companies and government agencies worldwide to address cybersecurity challenges, eliminate data breaches, and enable safe online engagement.

The new FDO standard aims to help reduce costs, save time and improve security, which should help the IoT industry to increase.

IoT standards do not “only” have to meet a theoretical requirement profile but also have to master purely practical challenges in the provision of IoT services, be it concerning connectivity and power supply disruptions or others. New standards that cover novel application scenarios are still being developed. Now is the time for affected organizations to get involved in helping shape the future of IoT.

How To Choose The Correct Data Visualization? The New Trends

Internet Of Things 2022: These Are The Three Most Important Trends

Can Big Data Solutions Be Affordable?