More
More
HomeTECHNOLOGYOur Opinion On Apecoin: Is It A Real Technological Feat?
TECHNOLOGY

Our Opinion On Apecoin: Is It A Real Technological Feat? 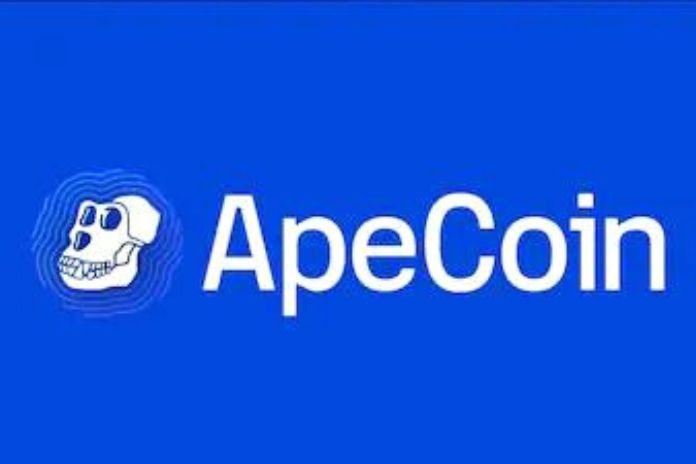 Created as part of the famous NFT Bored Ape Yacht Club project, Apecoin, launched on March 17, 2022, has revolutionized the cryptocurrency market. However, although it is increasingly popular, can we say it constitutes a technological feat? Discover in this post our opinion on the subject.

Apecoin: What Is It?

Very popular in the world of virtual currencies since its launch a few months ago, Appcoin is an ERC-20 token, that is to say, a  governance token. It is based on the Ethereum blockchain and is represented by a blue logo as an NFT. As the name suggests, it is a cryptocurrency specially designed for the Apec In ecosystem, including merchandising, exclusive games, etc.

Moreover, although it was developed as part of the NFT Bored Ape Yacht Club project, it is important to note that the management of this cryptocurrency has been entrusted to ApeCoin DAO, which is a decentralized autonomous organization that brings together several investors from renowned such as Alexis Ohanian (co-founder of Reddit), Ayat Siu (co-founder of Animoca Brands), Maara Bajwa (Director of Sound Ventures), Dean Steinbeck (president of Horizon Labs), Amy Wu (gaming service of FTX), etc.

This decision to delegate the management of the Apes Coin cryptocurrency was taken to avoid sanctions from regulators such as the SEC commission. To effectively accomplish its mission, the DAO can count on the support of the APE Foundation, a non-profit organization working for the equitable and inclusive development of the Apes Coin ecosystem.

Operation Of The APE Foundation?

The APE Foundation has a  Board of Directors meeting regularly to examine proposals (from the DAO community) whose implementation requires administrative control. For reasons of transparency, it works based on a multi-signature wallet.

In other words, the signature of each member of the board of directors is required before each payment. In addition, to facilitate Apecoin users’ contribution to the development of cryptocurrency, the APE Foundation has provided them with a platform dedicated to open governance processes.

What Does The NFT Concept Mean?

It is only possible to fully understand Ape Coin by understanding the NFT concept. Indeed, an NFT is a  title deed that one person can only hold on a blockchain. It comes in different forms, including NFTs of images, better known as JPEG. In 2021, these, especially the Bored Ape Yacht collection, which features no less than 10,000 monkey images, have become very popular, even attracting the interest of sports and music celebrities.

Is Onecoin A Good Investment Idea?

Our opinion on Ap Ecoin is that it is a  very interesting investment solution. Indeed, the Bored Ape Yacht Club quickly established itself in the cryptocurrency universe with 10,000 NFTS worth no less than $700,000. Better still, after only a month of launch, Apecoin was already among the cryptocurrencies with the highest capitalizations on the market. You can rely on our cape coin opinion and invest safely in this future currency.

What Can Pectin Be Used For?

If you want to invest in Onecoin, know that it can be used for many purposes. Indeed, as a utility token, it constitutes a common and decentralized currency for its users who indirectly obtain the right to participate in managing the Bored Ape Yacht Club project through the DAO. Moreover, as a cryptocurrency, Ape Coin offers its holders the possibility of benefiting from all the services available in the ApeCoin ecosystem.

What Makes Apecoin So Attractive?

Apecoin attracts investors because it differs from other cryptocurrencies in its original idea of ​​entrusting its management to an autonomous structure. Indeed, it is quite the first time in the history of NFTs projects that an independent body has been set up to control and improve electronic money. Most of them limit themselves to creating and selling artistic images to the highest bidder. In addition, you can visit this link if you want to know more about cryptocurrencies.

What About Onecoin Tokens?

Those who speak of crypto currency speak above all of the tokens. Regarding Appcoin, a limit of  1 billion tokens has been set by its designers. In addition, according to the terms of the contract governing its creation, it will not be possible for this offer to be revised upwards. In other words, unlike some cryptocurrencies, there will be no creation of new Onecoin tokens.

Likewise, the promoters of this currency have taken the necessary measures to prevent its users from destroying it. Thus, the number of Onecoin tokens on the market will remain the same. Finally, to ensure the smooth development of Apecoin, the designers decided to lock some of the tokens.

Before they are available on the market, it will be necessary to wait 48 months after their creation, according to the schedule defined by its promoters. Currently, the amount of Onecoin tokens available fall into four groups, namely:

Before it hit the market, Apecoin was already eagerly awaited by investors. To facilitate its purchase, it has been made available on cryptocurrency platforms such as the famous Etoro, which is very popular with investors worldwide.

Indeed, whether in terms of regulation, security, or possibilities of choice of investments, this broker has put in place everything necessary to reassure lovers of cryptocurrency. In addition, if you are used to blockchains, know that it is possible to exchange Dogecoin for ETH on decentralized platforms such as PancakeSwap or UniSwap.