More
More
HomeGADGETSPCs, The Operational Base For Smart Working
GADGETS

PCs, The Operational Base For Smart Working 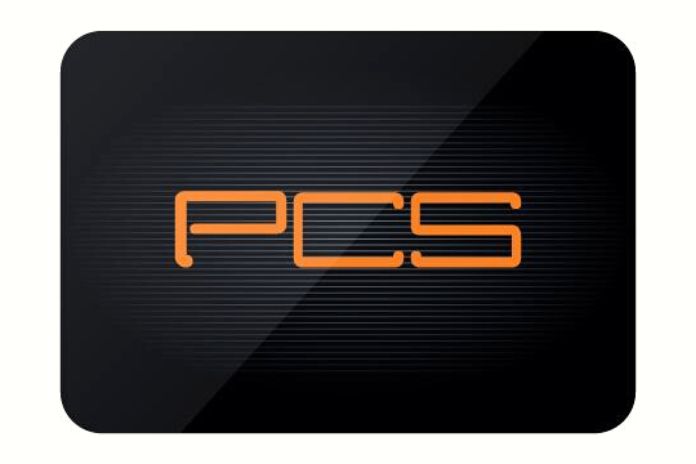 The need to adapt to a home is among the most important consequences of the sudden surge in smart working. It is not always possible to count on a room dedicated to the home office, and it becomes necessary to adapt corners of other rooms or even share the living room. In these cases, an all-in-one PC becomes an almost mandatory solution. In such situations, the relative equipment, starting from the PC, acquires importance even under aspects previously considered not indispensable such as practicality in moving or design. Not everyone can count or does not like working with a notebook.

An all-in-one PC thus represents the best compromise. Practical enough to move from one worktop to another as needed, it still has all the advantages of a large enough monitor and a traditional keyboard and mouse. Considering the not overly pushed nature of the intended use, where office automation applications presumably are the masters, the audio-video support must be limited to guaranteeing support for video conferences or, at most Full HD movies in free time, an extreme configuration. If anything, they can weigh the presence of a webcam and integrated speaker and measures to improve its practicality. Without, of course, they are neglecting the design.

The offer landscape is not very different from the producers of classic desktops and notebooks, even if there are some surprises. Staying on the sidelines for a long time, often with appearances in the catalog only by presence, smart working has rekindled the spotlight on all-in-one PCs, sometimes causing difficulties in procurement. In the case of Dell, the answer is entrusted to the Inspiron 24 5000 All-in-One. As per tradition, sober shapes and tight lines, even if particular attention to detail is not lacking, starting with white color and a support base that is not at all obvious. The support surface enlarged at the base leaves the necessary space to access the connections ordered on the back of the 24″ monitor.

In such situations, performance is not an absolute priority, preceded by managing spaces and controlling functional aspects such as temperature. Dell’s choice is still mid-range, with a 10th-generation Intel Core i5-10210U processor and speeds up to 4.2 GHz. On its side, 8 GB of RAM, sufficient for basic operations on images and videos, and a solid-state hard disk, an almost obligatory choice to optimize space, from 512 GB. For those who still need to go further, it is still possible to focus on a dedicated Nvidia solution as an alternative to the Intel-integrated graphics card. Windows 10 Home as a standard reaffirms the consumer vocation of the type of computer. The solutions useful for smart working are exciting and original. While the camera on the top is retractable, the sound bar is initially integrated into the bottom. The price of 849 euros does not differ from traditional solutions with similar characteristics, both fixed and portable.

While remaining in the same range of offerings, the HP proposal offers different solutions in some key points. As per the definition. The HP 24-k0011nl Desktop All-in-One PC Touch model has a more or less similar 23.8″ screen but with the added touch function. On the processor front, on the other hand, a more contained choice, relying on an Intel Core i3-10300T and 8 GB of RAM. On the other hand, the availability of fixed memory is more significant, with a 128 GB SSD hard disk flanked by a much larger traditional 1 TB hard disk.

Again, the Intel HD graphics card is integrated. The 5 MP video camera confirms the validity of inserting its pop-up on the upper part, with the audio section entrusted to a series of microphones by its side and the 5 W speakers confirmed in the lower door. The presence at the bottom on one side of the monitor of a USB port and the audio jack is exciting and original—no news on the front of the operating system, Windows Home, in the 64-bit version. The resulting price, set at 999 euros, is slightly higher.

Unlike desktops and notebooks, white is the most popular color on all-in-one PCs. The intended use combined with the most overall marketing strategies led many manufacturers to marry this line. Even Asus adapts to that without difficulty. Vivo AIO 24 V241 represents the 23.8″ solution, inserted in the most design-oriented line of the Taiwanese brand. As a habit, therefore, great attention first of all to aesthetic details. In particular, a thin frame to the point of being barely perceptible, in the lower part of which, in addition to the usual presence of the speakers, the webcam, with HD resolution, is also less noticeable.

On the other hand, the hardware configuration is online despite what was announced on the web page. At the moment it is still only available in the version with an Intel Core i5 processor. In this case, 8 GB of RAM is achieved using two slots, not just one, as usually happens. In this case, the hard disk is only available in the SSD version with 512 GB. If you aim more at savings, in the Intel Core i3 configuration, you can also choose the smaller size of 256 GB, always SSD. The video card is integrated with the Intel UHD solution. The viewing angle of the touch display reaches 178 °. Finally, distributing the connections between the side and back, including an HDMI output helpful in connecting a second monitor and the standard input for playing external content. The price of 849 euros is within the average.

If we talk about the all-in-one, it is difficult, if not impossible, not to mention at least one of the leading pioneers in the sector. Even more so when it comes to design and attention to detail. Of course, in comparison, Apple remains very difficult to propose as an alternative. If anything, it makes more sense as a natural choice of field or for those looking for an authentic style icon.

Of course, the iMac doesn’t look bad in terms of features. To make the comparison unequal is the price as predictable, in addition to the need to be a much more motivated choice, the more the Apple ecosystem has been exhausted across the board. Apart from this, from the point of view of technology, the iMac remains a good solution with unique characteristics.

Not, however, as far as the processor is concerned. Even the standard equipment for the RAM is aligned to 8GB. However, the maximum capacity is different. Where generally, it does not go beyond 64 GB. In this case, an expansion of up to 128 GB can be expected. Fixed memory is also, on average, with a 256 GB SSD hard drive. The speech changes instead when looking at the graphics card, where the Radeon Pro 5300 with 4 GB of dedicated memory promises an exciting leap in terms of performance. Great attention is also paid to the display, with Retina 5K P3 technology, that is to say, an exceptionally high resolution, at least compared to the usual Full HD, of 5,120 × 2,880 pixels with True Tone, a solution designed for a natural brightness that does not tire the eyes. Apple also thinks about the security of data destined for the iMac.

The T2 Security chip provides a Secure Enclave coprocessor for the protected boot and encrypted storage functions. The same chip handles the integrated 1080p HD camera with FaceTime and related face detection. Of course, speakers and microphones are also standard, complete with Siri voice recognition. In the standard equipment, also two Thunderbolt 3 ports on USB C and the ability to manage two monitors. Not prominent is the MicroSD memory card slot. The price naturally reaches different levels. However, for a 27 “iMac, it is necessary to budget for at least 2,199 euros to grow by aiming to increase RAM and hard disk. If you look at the smaller 21” model, settling for less powerful hardware, yes, it can go down to 1,340 euros.