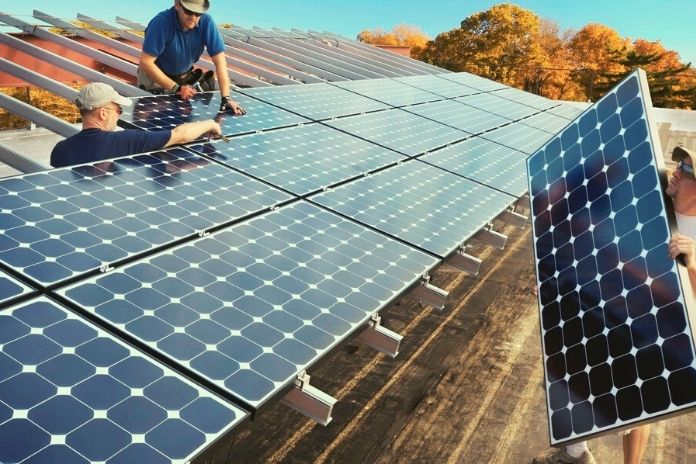 Solar Cell Sensation: Sensation with solar cells! A research team from USA developed wafer-thin, high-performance cells for the first time. Theoretically, almost everything could be charged with solar energy, from e-cars to smartwatches. The most annoying thing about mobile devices such as smartphones or smartwatches is that the battery dies at the worst possible moment: in the middle of a call, just before you can save your fitness data from jogging, especially when there is no charging station nearby.

It would be ideal for charging your device batteries with solar energy instead. But so far, there are no solar cells that are both small and powerful enough for intelligent devices. Until now. Because a research team from the USA has achieved a sensational breakthrough in solar cells.

The team from Stanford University in California has achieved an efficiency record with wafer-thin solar cells. The results have been published in the scientific journal Nature. Accordingly, the team was able to produce solar cells that are thinner than a sheet of paper and significantly improve the efficiency of the cells with new material. The semiconductor material is Transition Metal Dichalcogenides, also known as TMD.

TMD cells can capture much more sunlight from the surface compared to other materials. The problem with this: So far, it has not been possible to convert more than two percent of the sunlight captured by TMD cells into energy .

That’s not very efficient. More giant silicon cells achieve conversion values ​​of around 30 percent. It is precisely in this area that the Stanford team set a new record. With their TMD cells, they increased the conversion efficiency to 5.1 percent, more than doubling it. However, the researchers believe that a conversion figure of 27 percent can be achieved with some optical and electrical improvements. And from here, it would be fascinating, especially for the technology industry.

“The Next Generation Of Solar Cells”

Because if it were possible to design such thin solar cells efficiently, they could also be built into the smallest technical devices, such as smartwatches or sensors. TMD cells are “great candidates for the next generation of electronic devices and solar cells.”

But this could also be a decisive breakthrough for larger applications, such as electric aeroplanes or electric cars. Because the possibility of increasing the battery’s service life via solar cells also means longer ranges.

The electric car start-up Sono Motors, for example, shows that this can work with the Sion. The e-car is equipped with solar cells in its outer layer, giving the vehicle an additional range of up to 30 kilometres on sunny days. You could easily cover most commute distances using solar energy alone with more efficient solar cells.

Another breakthrough that the scientists from California achieved with their TMD cells would also help weight because the team managed to make the solar cells more efficient and improve the weight-performance ratio by a factor of one hundred. This would significantly simplify the integration of the cells in devices and vehicles. Because the thinner the cells are, the easier it is to install them in machines.

“Put. You could use it to integrate solar cells into anything — something that’s not possible with the clunky, hard silicon solar cells that currently make up 95 percent of the solar cell market”.

Therefore, if it were possible to scale all of this via mass production, that could be the game-changing breakthrough for solar energy. Because with such TMD cells, you would theoretically no longer have to charge any electronic device from a socket.

ALSO READ: 4 Ways Your Business Can Stand Out From The Crowd