Amazon And Artificial Intelligence, A Relationship Between Both 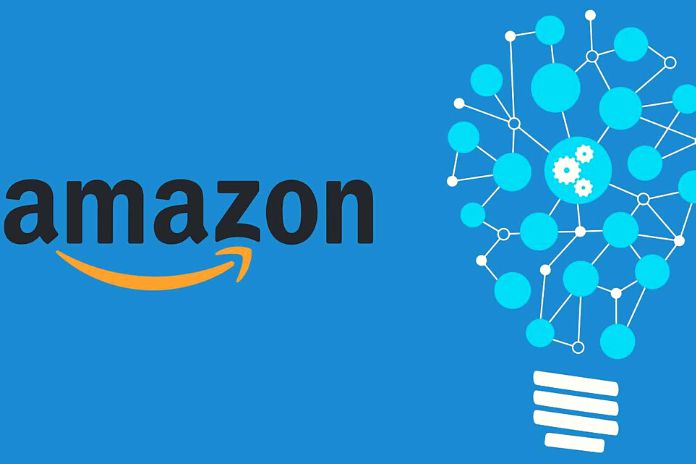 From robots used in warehouses, capable of moving loads up to 350 kg, to deepfakes on social networks to create confusion and misinformation about employee practices. Amazon is becoming an increasingly avant-garde reality in the technology sector, between efficiencies and criticalities destined to change the traditional face of the world of work. Optimized Prime, for example, is an artificial intelligence system used by Amazon to improve, thanks to predictive optimization of the supply chain, the deliveries sent to users.

Already in 2013, Amazon had developed a patent for the so-called “advance shipment,” functional to satisfy customer requests with increasingly efficient timing that today, also through the massive opening of a growing number of its warehouses even in minor centers urban, allows you to make fast shipments selected based on preferences profiled about every type of detail of the products sought by users, to build online shopping habits according to sophisticated statistical models developed by artificial intelligence algorithm systems.

Android Robots Inside The Warehouses

Even inside Amazon’s warehouses, destined to become natural automated distribution centers, artificial intelligence is used to operate the Kiva robots, which serve as androids in the arrangement and packaging of products inside the shelves, with the ability to lift to 350 kg of goods to replace human employees especially for carrying out heavy and tiring work. Thanks to these technological systems, it is possible to trace all the items available in the warehouses and organize the shelves according to the specific purchase needs required by customers to pick up the visible products, with further possibility, in the current experimental test phase.

To monitor workers’ stations with advanced cameras capable of automatically scanning objects and interpreting hand movements when a person places an object inside a slot on the shelf. All this seems destined to affect the traditional workforce, with possible risks of a contraction of the vital force fueling an increase in layoffs and higher levels of unemployment, net of any benefits produced by artificial intelligence in terms of a potential increase in opportunities. In any case, only those with qualified specialist skills will be able to meet the new needs required by the labor market.

The Impact On Employment Of The Adoption Of Artificial Intelligence Systems

If on the one hand, in fact, especially in consideration of the progressive surge in demand during the “Covid-19” pandemic, Amazon has hired hundreds of thousands of new employees to be also employed within its highly automated warehouses, resulting in its workforce overall increase to reach 613,300 units in the space of a few years (in particular, storage was one of the fastest growing sectors, even if most of the employees are hired part-time).

On the other hand, at the same time, Amazon has launched stores based on artificial intelligence that eliminates, for example, the need for the presence of cashiers and replaced by automated robotic systems that reduce the queues for the payment directly debited through Amazon account of the customers when they leave the facility equipped with sensors based on learning algorithms developed to perfect the functioning of such applications. The logistics sector is also increasingly influenced by artificial intelligence capable of constantly calculating how many drivers are needed at a given moment for the delivery of goods, with the additional possibility, thanks to the Flex app, to calculate the weight and number of packages to be packed and sent taking into account the time required based on the actual conditions of the existing traffic.

Deepfake Is Used For Disinformation

Faced with these unprecedented technological scenarios, undoubtedly destined to profoundly transform the traditionally understood work activity, in the context of the recent “impatience” manifested by some of the employees that could lead to the formation of the first workers’ union established at Amazon to protect interests of the category, new Twitter accounts are starting to spread on Twitter, presumably referable to Amazon employees. However, it does not seem natural to use deepface multimedia content such as profile images.

They share, with a deliberately ironic approach, ridiculous remarks and exaggerated Amazon’s working practices, perhaps with the intent of creating confusion in public opinion. At present, there is no absolute certainty on the actual involvement of top management in the implementation of this “anti-union” communication strategy, although, already in 2018, Amazon had launched an experimental program to create realistic accounts  – which was then discontinued – to convince the public that they were treating their warehouse workers well by creating so-called “Amazon FC Ambassadors,” who were allowed to tweet during paid hours about how much they loved their work.

Indeed, net of the implications related to this initiative, the creation, out of control, of deep fake profiles increasingly used to generate confusion through disseminating disinformation campaigns with the aim of damaging credibility in real media emerges with increasing concern. Undermining people’s trust in institutions, all the more so in a historical moment of growing proliferation of false news spread online, to the point of making the border between reality and fiction increasingly blurred and uncertain online, as an emblem of the so-called “zero society- trust,” in which people are no longer able to distinguish reality from falsehood in a constant climate of information uncertainty.