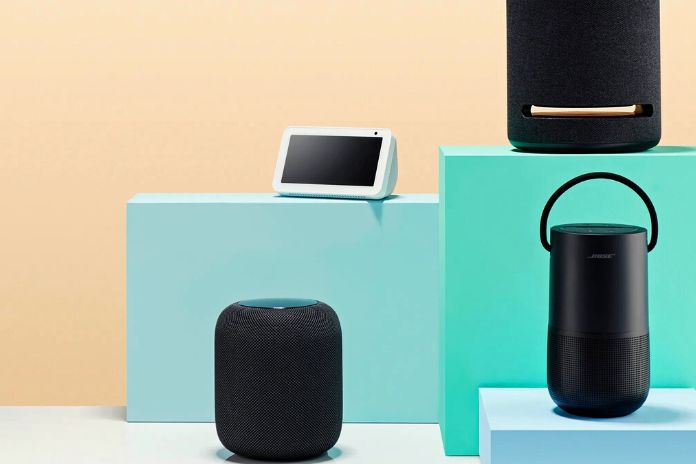 Forget the question: How do I do the rest of the smart home with Apple if I buy this thermostat that’s good for Alexa and Google? The official answer from November 3, 2022, is… Matter! Thanks to the joint development of the three main manufacturers of intelligent home systems (Amazon Alexa, Google Assistant, Apple Home kit) to which Samsung has joined together with many manufacturers of home automation accessories, Matter wants to simplify all the steps of the introduction of connected objects within the home, from purchase to installation to control, whatever system you use.

Matter doesn’t care if you use an iPhone, an Android, an Echo show or a Homepod: everything will work in perfect coordination. We witnessed, the only Italian media, the official presentation of the new standard, which was held in Amsterdam with the presence of the largest companies involved in smart homes: from the production of chips and chipsets to civil electronics, from gadgets for entertainment to tools for energy saving all to show their involvement in a project which, as we will see, has something extraordinary. Interoperability is a somewhat difficult word to pronounce but until yesterday still difficult to decline in the smart home world.

Over two decades, those like us who have attended trade fairs, exhibitions, and product presentations have witnessed a myriad of acronyms, consortia, and associations between electronics manufacturers and chip makers to achieve the ability to dialogue between the elements of the smart home: sensors, actuators, controllers, computers first and then later smart speakers, smartphones and intelligent screens with routers, gateways and converters of all kinds in between. The main obstacle to interoperability and the root of this real Babel in recent years has been the absolute lack of a shared standard due to the competition of solutions that are all valid. ]

Still in conflict with each other: Apple against Google, LG against Samsung, Legrand against GE, every big company proposed the most intelligent solution to be combined with the others with some deception on the web such as IFTTT or with some intermediate box. In reality, in the increasingly vast world of the IoT, the Internet of things, the need for a standard system of collaboration was evident, starting from the Internet Protocol profile and placing each element in a defined and recognizable area to be able to add new components to our home automation system without the fear that this would require a complicated configuration or that it would not be recognized at all.

With Matter, connected objects communicate their presence and characteristics to the home automation systems (via Bluetooth) and allow simple pairing, which is common to all the other controllers in your home: you can turn on a light from your iPhone with “Hey Siri, turn on the light in the kitchen” and turn it off from an Echo Dot with “Alexa, turn off the light in the kitchen “or press a button to video. The other obstacle was the operation of an increasingly complex and populated IoT network in a star configuration like the one we have with the Amazon Echo (speakers and screens) and its peripherals: they all communicate directly with a central unit (via Bluetooth or Wi – fi) or through a wi-fi router and its extenders.

In reality, the solution has been on the market for some time with wireless home automation systems based on Zigbee and Bluetooth mesh, such as those by Philips Hue: the various components of the “mesh” network also communicate with each other, and if a node is disconnected, the connection takes an alternative route to keep the network always active and efficient. Finally, the problem is partially solved by some systems such as Homekit; how to univocally recognize a device and integrate it directly into the home automation system to be set up or expanded?

The Matter was born in December 2019 with the name Project CHIP (Connected Home over IP), starting from the efforts of once strongly competing companies such as Amazon, Apple and Google; The goal was to create a standard for connected objects in the smart home by providing manufacturers with the tools to create safe, reliable and interoperable solutions with ecosystems such as Apple Homekit, Google Assistant, Amazon Alexa and, later, Samsung’s SmartThings.

Matter uses the Thread, wi-fi and Ethernet protocols for data transport and Bluetooth LE to add devices to the network (commissioning in technical jargon). So the devices will need Bluetooth to connect, and wi-fi can be used to run applications with high bandwidth. The Matter has taken as a good example the Bluetooth inclusion of peripherals within Homekit. It has made it a condition for combining sensors, switches and accessories with the so-called Border Routers: Amazon Echo, Homepod mini etc.

Thread: The Most Efficient Way To Wireless LoT Communication

With Matter, the diffusion of a new transmission protocol, Thread, will increase, which in fact, collects the legacy of Zigbee and which will allow a direct and low-consumption connection in mesh mode between the various components, be they sensors or actuators (think of the ‘window door alarm presented by Netatmo at IFA or to the many products on the market of Eve System ), whether they are voice controllers such as Homepd mini and Apple TV 4K in versions 2021 and 2022 (the full version).

A thread will have a fundamental advantage compared to other protocols compatible through bridge: it will allow the almost immediate execution of commands and the rapid reaction of the actuators as a result of data coming from a sensor. This way, the smart home will be connected more efficiently and respond more quickly to environmental conditions, your presence and your wishes.

If this is the news description, there is also to discuss the compatibility and interoperability with the products you already have in your home: what happens to your BTicino Legrand system, your Hue bulbs, and your Amazon Echo Show with Zigbee compared to Matter? In the second act of the arrival of Matter, which should officially take place in a month, almost all the participants in this mammoth operation will release a firmware update for their most recent gateways or bridges to make them communicate with the rest of the Matter world using elements such as lamps, thermostats, sensors, switches that not only communicate with Thread but also with Bluetooth, Zigbee and wi-fi with each other and with the respective Gateway.

We will thus have old and new systems and components able to communicate with each other without problems: the Netatmo Thread sensor will be able to turn on the Philips Hue bulb with Zigbee or close the Netatmo thermostatic valves that have a proprietary communication protocol, and Amazon Echo will be able to control Eve System’s Thread thermostatic valve that previously only worked with Homekit.

How Should The Consumer Behave?

Now that Matter is official, and practically all companies in the sector have joined it, there is no longer any reason to choose a device that has yet to declare its current and future compatibility with the protocol either directly or in combination with a bridge. The companies that have bet on Bluetooth Mesh, Zigbee and wi-fi will not need to all switch to Thread also because the investment would be massive and would leave behind a vast park of installed: so let’s expect a whole series of announcements that will bring single bridges.

To collaborate with Matter border routers and to interact with a myriad of other devices a bit, as it happened with the inclusion of these gateways in an Apple Homekit system. Speaking of Homekit: for those who use Apple home automation, it is easier to understand the operating system of Matter: in recent years, many bridges have been integrated into the basic home-internet system, which worked with Apple TV first and then Homepod such as Hue Philips, those of Aqara and Arlo that brought many accessories to the “Home” screen that could not directly interact.

One Step At A Time And Planned Growth

The launch of Matter is only the first step towards the inclusion of a more significant number of devices and also of control systems: on the one hand, we will have a standardization for the management of cameras, appliances, air conditioning systems, energy management, access points with updates that will arrive every six months and to which new companies and newly certified products will correspond; on the other hand, there will be new enabled “border routers” such as Smart monitors and TVs from Samsung and even refrigerators with screens from the same company: many 2022 models can already be used to control intelligent things peripherals but also Matter ones.

A Revolution Against The Trend, Matter Is An Example Of Collaboration

With Matter, new opportunities open up for both producers and consumers: thanks to the new standard, apparently distant worlds can now talk to each other: what is extraordinary and revolutionary is precisely the level of collaboration and interaction that has been necessary for recent years by of all the members of the consortium with thousands of engineers and designers who faced the most challenging period for direct human relations, that of the pandemic.

The decisions for creating a standard protocol require meetings, experiments, analyses and tests and certifications, which have recently been conducted at a distance from some continents in recent months. Imagine the technicians and engineers of an infinite number of laboratories and research centers that must respond not only to secure communication protocols but also to be subject to national and EU regulations on IT and electrical security that ultimately obtain a consistent and valid result at the world level.

An Opportunity Also For System Vendors And Vendors

Suppose the goal is to provide integrable, secure and expandable IOT systems and not proprietary solutions from Hortus conclusus. In that case, Matter also becomes essential for those involved in programming, development, distribution and sale of IoT elements: the guarantee of compatibility together with that of security can push new users towards the smart home world and suggest new scenarios in all areas of home automation, boats, offices and public places.

But even more, those who develop a product can concentrate on its characteristics and reliability without wasting resources in adapting the interface, security protocols and installation phase to competing platforms. We will see it in the next few days with an interview with one of the companies featured in the event. The revolution of connected objects has its foundations with Matter; now it’s a question of building all the structures that can grow a universe that makes each element speak to each other in a standard language.