More
More
HomeTECHNOLOGYHow To Activate Bluetooth: What You Need To Know
TECHNOLOGY 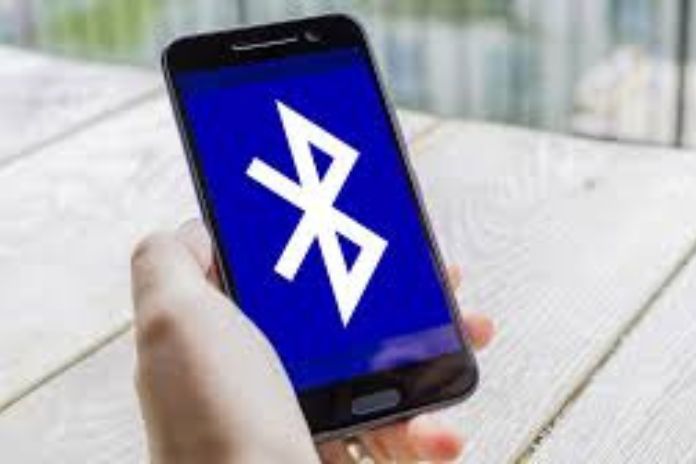 A brief guide on how Bluetooth works: how to activate the connection and what aspects to keep in mind. One of the absolute most popular technologies that we use practically every day is called Bluetooth. From smartphones to headphones, from audio speakers to car entertainment systems, modern TVs to audio systems, and smartwatches to other wearable devices, we rely on Bluetooth technology to free ourselves from wired technology’s limitations and “inconveniences.” Bluetooth derives from King Harold I of Denmark, who had this nickname (literally, ” bluetooth “).

In 1996 Intel, Ericsson and Nokia got together to plan the standardization of this short-range radio technology. At that time, Jim Kardach of Intel proposed Bluetooth as a temporary code name. Karachi explained that King Harold I of Denmark was famous for uniting the Scandinavian countries, just as the new wireless standard was intended to unite the PC and cellphone industries. In reality, the Bluetooth name was never replaced, and even after 1999, when the Special Interest Group (SIG), which also included Sony, IBM, and Toshiba, was founded, it remained the same.

The Bluetooth standard uses the technique known as FHSS ( Frequency-Hopping Spread Spectrum ): it divides the spectrum between 2.402 and 2.480 GHz into 79 channels called hops, 1 MHz wide each. The signal is then transmitted using a succession of channels for which the transmitter and receiver explicitly agree to use.

The Bluetooth standard can avoid interference with other radio signals by switching communication channels up to 1600 times per second. Bluetooth is based on a master/slave operating mode: the term piconet refers to the network formed by a device and all the devices within its range.

Bluetooth also allows two piconets to be linked to form a more extensive network, called a scattered: special devices can bridge the piconets During everyday use, a device works in passive mode, i.e. it listens for any network activity. Establishing a connection begins with an inquiry phase, during which the controller device sends requests to all devices within its range. All devices, called access points, which receive the request, respond with their address.

The master then chooses an address and synchronizes with the access point using a procedure called paging: it is in this phase synchronization of the clock takes place and the setting of the frequencies to use. Subsequently, a connection with the access point is established. Through SDP ( Service Discovery Protocol ), the master can collect information on the devices, the services offered, and the characteristics of the access point services.

At the end of this phase, the master can create a communication channel with the access point using the L2CAP protocol. The access point usually uses a security mechanism called pairing that prevents unauthorized users and devices from connecting. Pairing corresponds to the Bluetooth pairing procedure: the association between devices is carried out with a key commonly known as a PIN.

The access point sends an association request to the controller device, and the user, as an additional security measure, must enter the PIN indicated by the access point. If the PIN is correct, the Bluetooth connection is established. When finished, the Bluetooth information is saved, and there is no need to go through the pairing process again once it is successful.

How To Activate Bluetooth

All this to say that a technology as simple to use as Bluetooth is based on a series of steps that are also quite complex “behind the scenes.” To activate Bluetooth on your smartphone, touch the icon with the well-known symbol of this technical-industrial standard. In Windows, type Bluetooth in the search box and choose Settings for Bluetooth and other devices (obviously only on those devices that integrate the Bluetooth module).

An icon appears in the tray bar by activating the Bluetooth option, confirming that the Bluetooth module has been enabled. The Phone Link app developed by Microsoft uses various Bluetooth profiles to allow data transfer between PC and smartphone, direct call management, and, in some cases, even device mirroring.

You must repeat the pairing procedure if you reset your device or delete the Bluetooth information. However, there is a limit to the number of Bluetooth devices the headphones and speakers can be paired with. Older pairing information is usually removed once the maximum number of paired devices is reached. Many newly purchased and launched Bluetooth devices automatically enter pairing or pairing mode the first time they are turned on.

Usually, a sound signal or a flashing LED is played to inform the user that the device has successfully entered pairing mode. Suppose the Bluetooth devices also support NFC technology. In that case, you don’t even need to access the Bluetooth settings to configure them: check that the NFC chip is active on both devices for the Bluetooth connection to be configured automatically without additional steps.

The Bluetooth technology we use today is different from what it was in the early 2000s: the working principle is the same as described above, but the newer Bluetooth versions can do more with less. Three things have changed with the various evolutions of Bluetooth over the years: power consumption, signal range, and data transfer speed.

Bluetooth 1.0 offered a coverage range of no more than 10 meters and a maximum speed of 1 Mbps. With the subsequent iterations (Bluetooth 2.0 and 3.0), the bandwidth reached 3 and 24 Mbps, respectively. With the advent of Bluetooth 4.0 and 5.0, the coverage has even been extended to 250 meters. Still, thanks to Bluetooth Low Energy (BLE) specifications, energy consumption has been significantly reduced.

The consumption of BLE devices can be up to 100 times lower than that of classic Bluetooth. Another article showed the differences between classic Bluetooth and Bluetooth Low Energy. With BLE, the band is limited to 2.1 Mbps, but it is sufficient to carry a high-quality audio stream. With Spotify, you can listen at the highest quality using just 320 kbps. With the future use of the 6 GHz frequencies by Bluetooth, similar to what was done with WiFi 6E, the available bandwidth could go up to 8 Mbps.

Even in the oldest implementations, we have said that the Bluetooth standard was designed to keep energy consumption low despite a limited coverage range. Thus, we speak of class 1 Bluetooth devices for those that transmit with a power equal to 100 mW over 100 meters; class 2 for devices transmitting data with a power of 2.5 mW over 10 meters; class 3 for devices that work at one mW with a reduced range (1-2 meters).

Newer Bluetooth headsets, headphones, and phones are class 2, while some are class 3. As for class 1 Bluetooth devices, the rangeability requires much more power: an external power source (not a small battery is more efficient).Class 1 Bluetooth devices are encountered in industrial implementations, for example, in the form of IoT devices used in the factory or on an assembly line.

The exceptions are products that use BLE: they are not backward compatible and do not recognize or pair with older devices that support classic Bluetooth. However, if a device supports Bluetooth 4.0 (in some cases), 4.2 (in most cases), or Bluetooth 5.0 and higher (in most cases), it should recognize other BLE or classic Bluetooth-compatible devices without problems. To find out which version of Bluetooth is supported in Windows, refer to the Device Manager window of the operating system.

The data transferred via Bluetooth is typically transferred using codecs that perform data compression (and decompression in reading) to optimize the flow transmitted through the communication channel. Codecs such as aptX, AAC, SBC, and LDAC must match the transmitting and receiving Bluetooth devices; they also affect factors such as power consumption, data transfer rate, quality, and more.