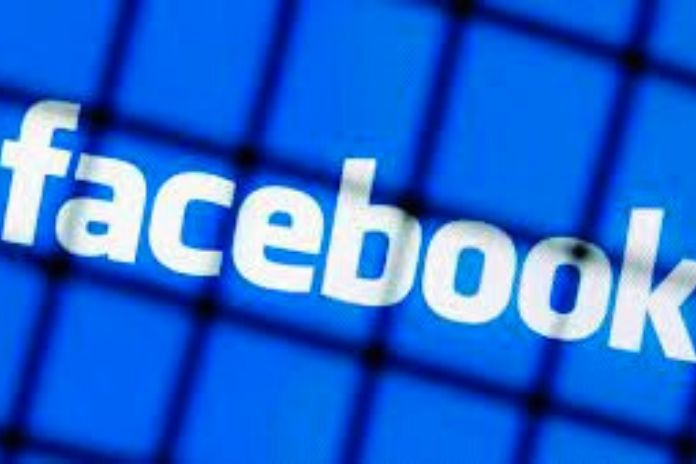 The king is naked. The Cambridge Analytica scandal brought the enormous problems associated with data sharing through Facebook and social networks before everyone’s eyes. There is no data breach, as erroneously reported by some newspapers, the Facebook servers have not been violated, but more simply, an application has used extensive permissions to rake in other people’s data and use psychometrics to compose highly reliable user profiles.

Facebook and privacy are an oxymoron. And the “accident” that has come to light in recent days, literally shaking Mark Zuckerberg’s social network even on the stock market, is further proof of this. The background. In recent days it has emerged that Donald Trump’s staff consultants would have exploited the personal data of about 50 million US citizens, uploaded by them on Facebook, to influence the presidential elections and bring in more votes in the farm, especially in the states of the Union in which Trump was more “in the balance.”

Cambridge Analytica is a British company specializing in data processing, and it is precise to it that the collaborators of the current president of the United States would have turned. Cambridge Analytica would have used data stored on Facebook concerning 50 million subjects to draw a detailed individual profile and establish towards which individuals to focus not only a “pro-Trump” campaign but also a previous similar initiative aimed at the United Kingdom’s exit from the European Union on the occasion of the referendum held in June 2016.

According to Facebook, which in recent days has definitively banned Cambridge Analytica from accessing your data, the company would have used methodologies expressly prohibited in the conditions of use of the service. The Social network then ordered Cambridge Analytica to eliminate all the data collected, but, at least according to what was reported by Facebook’s number one, things may have gone differently.

So?Meanwhile, it is appropriate to understand better the activity the Cambridge Analytica technicians would have carried out. The company combines data from multiple sources to build profiles of each subject. In the case of the recent US presidential elections, Cambridge Analytica would have made the profile of each voter by estimating their voting intentions.

The goal would have been achieved by examining each person’s behavior on the social network, the messages published, the likes expressed over time, the contents shared, occupation, age, place of residence and work, and so on. Not only. Cambridge Analytica also analyzed the social network of each subject by verifying his friends and also evaluating the political orientation of each of them.

Cambridge Analytica said it possessed 5,000 helpful information for each of the 230 million US citizens entitled to vote, an immense “dowry” used to display “ad hoc” advertising messages to each voter registered on Facebook. Using the technique of psychometrics, Cambridge Analytica would now have an immense treasure of “big data” ready to be resold to clients of all kinds and helpful in composing a precise picture of the attitudes and behavior of each citizen.

According to initial analyses, everything would have started from a “simple” Facebook application developed by Aleksandr Kogan, a professor at the University of Cambridge, an expert in psychology and data processing. Kogan’s application was activated in their Facebook profile by around 270,000 subscribers to the social network.

This app, like many others, presented itself as a sort of quiz survey that promised to guess some aspects of the user’s personality. We have often highlighted how apps on Facebook, often presented as absolutely benign, can steal a vast array of personal information. Specifically, the application written by Kogan not only collected the users’ data who had installed it but would also take steps to rake in those of their friends.

Thanks to the dense network of friendships of just 270,000 users, it was possible to compose a profile on something like 50 million people registered on Facebook. The application allegedly collected the data legally (but Facebook is carrying out additional checks on this point) because users explicitly allowed access to their data.

However, apps can request even “broader” permissions, such as the ability to read any user data (including private messages received in the Facebook mailbox), information about friends, and much more. Then there is special permission, which is very popular, which allows the app to automatically publish information, in the name and on behalf of the user, on friends’ Facebook walls.

All apps that can be used on Facebook have the URL https://apps.facebook.com in the address bar. In reality, only the upper part of the window is loaded by the Facebook servers (the strip with a blue background with the social network logo, the search box, and the user’s name); the lower portion of the window is not generated by drawing on Facebook servers but is entirely managed by third-party developers.

According to the “prosecution,” the application developed by Kogan would have shared all the data collected with Cambridge Analytica, something explicitly prohibited by Facebook, and the British company would have reprocessed them on its own, then started a behavioral micro-targeting activity.

In the case of the US elections, those who would probably have given their preference to the other candidate (Hillary Clinton) – information aimed at discrediting the work of Democrats at a local level. Since voters are very attentive to what is also happening locally, displaying personalized advertising messages would have made it possible to “pilot” a peaceful election such as the presidential one.

What Can You Do To Defend Yourself?

What happened has opened Pandora’s box once and for all. Many Italians spend, like overseas citizens, a lot of time on Facebook reading other people’s content, sharing it, and publishing others on their own. Using the social network, each user grants Zuckerberg’s company a ” non-exclusive, transferable, royalty-free, royalty-free, worldwide license to use the content (…) published on Facebook or in connection with Facebook “.

In other words, Facebook declares itself free to use the content the user contributes wherever it deems appropriate and without paying a penny in terms of royalties. The contents, therefore, remain the property of the user, but Facebook will not have to pay any economic consideration if it wants to reuse them. Any companies with which Facebook has signed an agreement will, based on a special license, reuse the same material.

Facebook’s right to use the contents of social network members ceases when the user deletes them or cancels his account. If the contents have been shared with third-party users and these have not been removed, access to them and any reuse of the same by Facebook will continue. Facebook has decided to approve these terms of use because, otherwise, it could not even view the photos posted by subscribers in the news feed.

Nothing prevents Facebook from using, at least on the backend side, the material published by users, cross-referencing it with information deriving from the photo tagging system or analyzing its content using artificial intelligence algorithms. In the case of photos, for example, Facebook can determine what is in an image without any user intervention: Here’s how Facebook analyzes user photos.

What Facebook users can do is think before publishing any information on the social network and refrain from sharing information that could facilitate the composition of a personal profile. As a general rule, one should refrain from publishing content that could allow third parties to trace one’s political, religious, sexual orientation, interests, preferences, family status, assets, and so on.

To consult the complete list of likes that have agreed upon over time, we suggest you follow this procedure:

The beauty is that with the exact mechanism, you can discover all the ” Likes ” of your friends: indicate the correct username before pressing the Find numeric ID button. Check the privacy settings and pay attention to the methods used for sharing content. Facebook’s privacy settings allow you to choose which subjects can access the contents published on your wall and those shared with other users.

It is always a good idea to adequately protect your account (see Protecting web accounts and improving their security ) and reflect on the settings related to privacy management. In the case of Facebook, the point of reference is this page. It allows you to establish the following:

Always keep in mind the general rule that if you don’t want something about yourself to be known, it is best not to publish it on Facebook at all; it is also helpful to check which contents are publicly displayed and which are accessible by sma To proceed, access the Information page of your Facebook profile, then click on the various Edit buttons (which represent a small pencil).

Here you will find a tool ( Change privacy ) that will allow you to define the users authorized to view each information group.We recommend opening an incognito window (see Incognito browsing, when to use it? ) and pasting the URL of your Facebook wall in the address bar. In this way, you can check which of your Facebook content (photos and texts) will be publicly displayed and will therefore be accessible by anyone, including search engines.

Regarding the last point f), in the article Discovering a private or unknown number, how to do it, in the paragraph Discovering an unknown number: the various tools, we saw how Facebook could be used as a “telephone directory” for mobile phone numbers. Investing $50 Million: Based on what has emerged in recent days, Acton – with an unmistakable message on Twitter – advised users to cancel their accounts.

The co-founder of WhatsApp, now a subsidiary of Facebook, launched the hashtag #delete facebook  the former continued to work for the company. At the same time, Acton stepped away to start his foundation, which recently funded the instant messaging app Signal (Edward Snowden’s favorite).

Read Also: Popular Instagram: How To Maintain A High Growth

How Do I Schedule An Email To Be Sent In Outlook?