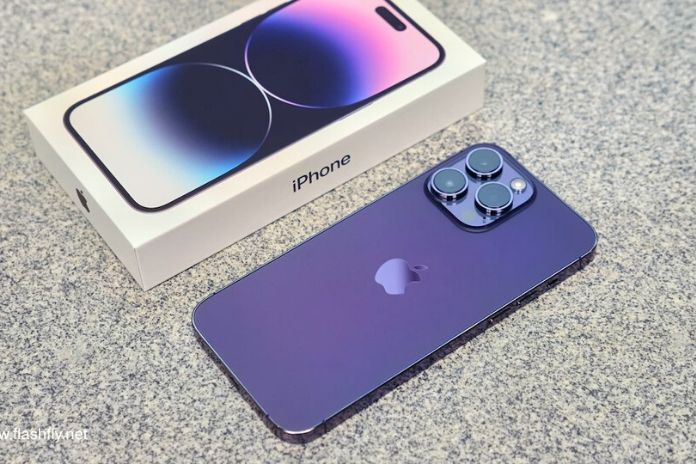 iPhone 14 Pro hides potential never seen before: from the Dynamic Island system to the 48-pixel camera. Let’s discover the secrets of the new Apple smartphone. iPhone 14 Pro is the worthy successor of the iPhone 13 Pro but with appreciable improvements, which reveal potential destined to make the following models even more revolutionary. At first glance, however, the differences with the previous version are hardly noticeable were it not for the new captivating purple color. Yet iPhone 14 Pro can be a step forward, mainly because it confirms all the ideal requirements that a model of this category must possess: comfortable to use, large enough, and excellent in design and display resolution. But above all, thanks to the innovative notch system called Dynamic Island, located in the upper part of the screen, it sets itself as a new reference standard for any future model.

iPhone 14 Pro: All The News

There is no shortage of relevant news regarding software and internal design on the new iPhone. The basic version has a 6.1-inch OLED Super Retina XDR screen with ProMotion technology, with a peak brightness of 1,600 nits, making it bright like no other. Another critical piece of news from this version, the screen will always remain active: it will no longer happen to see it all black as it occurred in the It is as if the screen were turned off, which happens if a sensor detects the smartphone closed in a drawer, placed in a pocket, or connected to CarPlay.

In terms of materials, the front glass installed is called Ceramic Shield and is one of the strongest around, while the back is glass with aluminum frames. The weight of only 208 grams is made possible thanks to a very contained design that measures 147.5 mm in height, 71.5 mm in width, and 7.85 mm in thickness. The internal processor is the new Apple A16 Bionic, with a new 5-core GPU, while the RAM should be around 6 GB. One novelty concerns the camera: iPhone 14 Pro is equipped with a 48 MP camera (maximum resolution 8,000×6,000 pixels). Among the other novelties of this smartphone is also the new software called Photonic Engine For perfect shots even in low light conditions.

A step forward compared to the previous version was also made by the front camera, the one for selfies, which is much more detailed. Video recordings can reach a resolution of 3840×2160 pixels: the Cinema mode allows you to create videos with solutions up to 4K and 24 fps. In comparison, the front camera will enable you to record in 4k at 2,160p with 60 fps continuously. The battery capacity has increased compared to previous models. For a full recharge, it takes at least 90 minutes, considering that the new iPhones absorb up to 27 watts of recharge, and according to the (few) data communicated by the Cupertino company, with video playback of 23 hours, you can get from 100 to 0 in the space of a day.

Among the iPhone 14 family, the artificial intelligence software that detects road accidents in real-time is among the most important innovations. All this is made possible thanks to monitoring various parameters: sudden changes in speed, sudden changes in pressure due to the opening of the airbag, sudden changes of direction and loud noises. If the user does not intervene by canceling the action, Siri will automatically contact the rescuers or send messages to their trusted contacts.

An utterly innovative system that will be the first to be tested in the USA and Canada. The other great novelty is adopting a method for sending emergency messages via satellite without network coverage. The physical SIM on the smartphone will also disappear in the USA and Canada, replaced by an eSIM. The new iPhone 14 will be available in four colors: gold, silver, space black and all-new dark purple. All are very attractive and ready to satisfy even the most demanding users in terms of aesthetics.