No Advertising! Why AI As A Service Is The Business Model Of The Future 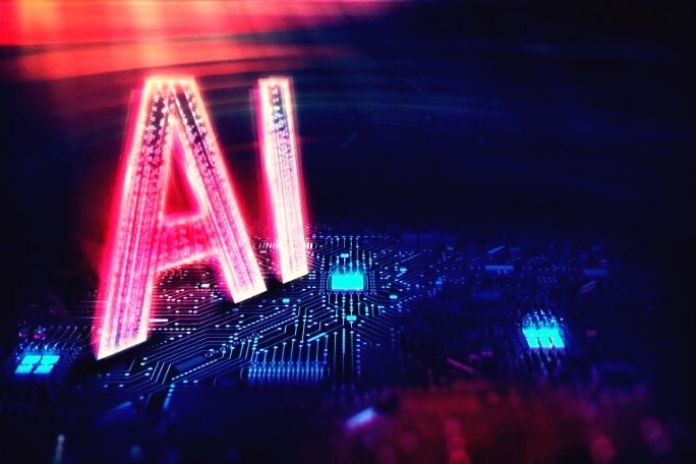 No Advertising: Facebook, Google, Twitter, and Co. follow a standard business model. They sell their users’ data for advertising. That will change soon. Tech companies will be raking in their billions with AI as a service in a few years.

No Advertising: Collect Data And Sell To Advertisers

Whether it’s Facebook, Google or Amazon, Snapchat, Pinterest or Co .: Almost all social networks and most digital platforms rely on the same business model. In some cases, the dependency is greater. This includes, for example, Facebook. In other cases – on Amazon – it is smaller.

But in principle, the model is comparable. All technology corporations are busy collecting data from their users. They aggregate these into segments. In this way, they create target groups that are interesting for advertisers.

So if you want to reach people between the ages of 24 and 35 interested in sustainability, for example, you can store this in the ad settings on Facebook, Instagram, and Co.

Advertising On The Internet: A Lucrative Business Model

A look at Facebook’s business figures shows that this simple business model can make an incredible amount of money. They are significant because the social network generates 98 (!) Percent of its sales with advertising. More dependency is not possible.

But it is questionable whether this development will continue to the same extent. Of course, the digital platforms will continue to earn a lot of money with advertising in the months and years to come.

However, a change has been emerging for some time. This affects both politics, government organizations, and society. The keyword here is data protection. Larger and larger parts of our world attach more importance to privacy.

The technology corporations also rule on this. This shows, for example, the cookie-off at Google in 2023 and the fracking ban on Apple devices from iOS 14.

It is becoming more and more difficult for companies to collect and use data for advertising purposes. However, without this data, the business model of personalized advertising no longer works. So a rethink is needed.

Algorithms As A Game-Changer

Fortunately, the problems that arise for Facebook, Tik Tok, Google, and Co. are fewer than socially expected. After all, all technology corporations already have the next business model, which will generate billions in their drawer.

It is precisely these intelligent technologies that are already determining many people’s lives today. You decide which posts users see in their feed and which ad appears. They recommend a new series, suggest music we might like, and tell us what we want to buy.

Or, to put it another way: The big technology corporations have something that billions of people depend on – knowing or not. It is precisely this dependency that can be converted into money with AI as a Service.

AI As A Service: A Billion-Dollar Model

As early as 2017, a study predicted that a lot of money could be made by providing algorithms and other AI-based technologies. Four years ago, the value was 1.13 billion US dollars. The deal is expected to grow to 10.88 billion US dollars by 2023.

But this forecast probably falls far short of the mark. In reality, the realizable sales are likely to be significantly higher.

So it is not surprising that the Chinese company Bytedance has been offering Tik Tok’s recommendation algorithm with “Byte Plus” since 2021 as a white label version.

This allows all companies to personalize their apps. In addition to video effects, Tik Tok’s offer also includes tools for data analysis, real-time translation, and of course, the legendary algorithm for personalized recommendations.

Time And Money As Factors

The more technology companies offer their AI as a service. More companies will make use of it. After all, one of the biggest problems that small and medium-sized businesses face is that they don’t have the money to get such algorithms programmed.

Suppose the algorithms of Instagram and Co. don’t work perfectly. In that case, it doesn’t take much imagination how difficult it must be for start-ups and medium-sized companies to get a reasonably functioning technology off the ground.

But it is not just the money and time that are a problem for companies. There is simply a lack of one level before that: the specialist staff. If corporations like Volkswagen and Tesla already have problems finding qualified staff in Germany, the situation for SMEs and start-ups looks even worse.

After all, programming an algorithm is not enough with a data engineer. The continuous adaptation and control of the technology require a whole team of specialists.

If however, tech companies like Bytedance – or in the future also Facebook and Google – make their AI as a service available, the hurdle for users in practice drops significantly. In that case, one specialist may be sufficient to take care of the implementation of the software.

But back to the technology corporations. In addition to the accusation that they do not or hardly pay attention to the user’s privacy, there is also often the argument that the underlying algorithms are not transparent.

That is why politicians and consumer protection organizations call for Facebook, Google, and Co. to disclose their algorithms to the entire world. This would prevent abuse. By offering their AI as a service, the technology corporations kill two birds with one stone.

After all, they make the coveted technology available to anyone interested through a subscription service. They are thus voluntarily giving up their monopoly structure. At the same time, they remain the guardians of the algorithms because through AI as a service, they do not pass on all the details but only make the functions available. It’s a win-win situation.

AI As A Service Knows No Borders

In conclusion, it can be said that AI as a service will probably be the business model for the next few years. After all, there are virtually no limits to the technology in practice.

A whitepaper from “Lufthansa Industry Solutions” already speaks of the fact that AI as a Service can be used, for example, to evaluate and process customer feedback fully automatically. Likewise, recurring customer questions can be answered “all by themselves” via “Email Reply AI.”

The examples given by Lufthansa alone show that AI as a service can encompass almost all services. It starts with chatbots and newsfeeds, continues with streaming and click behavior analysis, and ends with recommendation algorithms and prediction models.

However, one thing is sure: Those who have the power over the best algorithms will earn an incredible amount of money in the future – probably even more than through personalized advertising.