More
More
HomeTECHNOLOGYDigital Transformation: Why Is It So Difficult For Us?
TECHNOLOGY

Digital Transformation: Why Is It So Difficult For Us? 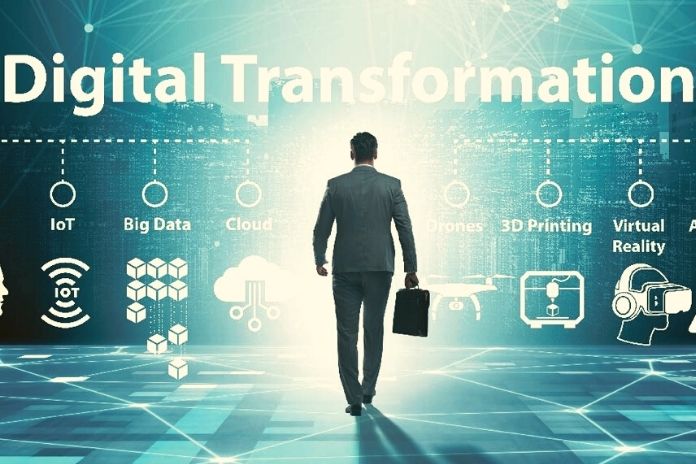 The digital transformation has triggered changes in all areas of society. Accordingly, many people are facing new challenges. And we should finally admit: It’s not always easy. Therefore, with this article, I would like to discuss why we are having such difficulties with the challenges.

I want to start with an event that I experienced myself and draw a few conclusions based on this event.

Digital Transformation: The Event: Excitement During A Group Hike

Some time ago, I took part in a group hike. The hiking route was divided into two parts, with the tour guide specifying a walking time of around 2.5 hours for the first section and around 1.5 hours for the second section.

It was taken into account that the hiking group consisted of rather leisurely walking people, which is why the tour guide had planned around 20 to 30 minutes extra for each section of the walking time.

One participant did not fully agree with the information given by the tour guide. She supposedly knew the route and thought that the entire route cloud not be done in less than five hours, more likely in at least six hours.

She had great difficulties, especially with the walking time on the second section. She was convinced that at least two hours should be planned for this route, better a little more.

Since I knew the tour guide well and knew that she plans the hiking routes very quickly, I was fascinated by the situation.

A quick search on Google Maps showed me that the route was 3.6 kilometers in total. There were a few vertical meters to overcome, but these weren’t particularly challenging. Therefore, I did not understand how one should plan two hours of walking time for a distance of 3.6 kilometers, as requested by this one participant.

Assuming that a normal walker can do about five to six kilometers an hour and add a buffer, the hour that Google Maps indicated was generous, especially because Google Maps considers increases in the distance covered.

After I carefully pointed out the information on Google Maps to the participant, she became very excited. They know the route and know that the walking time is at least 2 hours.

Their energetic insistence on their supposed knowledge then led part of the hiking group to decide to break off the hike after the first section because the second section would then take too long.

The other part of the group, which I also belonged to, arrived at the destination after just under an hour. And that, although this group walked slowly and took various breaks for photos – as indicated by Google Maps.

My Amazement: Experience Better Than Data?

The event described above kept me very busy in the days that followed. Not necessarily because the participant insisted so vehemently on her memory or because she quarreled with the tour guide, who at least professionally dealt with the organization of hiking tours.

What concerned me was that, on the one hand, the underlying facts of the event could not be logically analyzed by the participant: How should it be possible to need two hours to walk for a distance of 3.6 kilometers?

On the other hand, I was amazed that the route analysis by Google Maps and the resulting conclusion for the walking time did not play a role for this participant in this situation. And that even though, like all the other participants, they almost always used Google Maps to calculate driving or walking times.

The participant preferred to trust her memory than current data and analyses from Google Maps. An app that you normally trust without thinking.

Now you might think that my experience has only very little to do with the challenges of digital transformation. On the other hand, I think that this situation reveals a lot about where the challenges are coming from.

When In Doubt, We Trust In Ourselves

It is now well known that computers and software make better decisions than humans in many areas. Nevertheless, in my opinion, there is always a lack of trust in the correctness of digital developments.

Whether these are self-driving cars, medical robots, or the development of individual learning plans for students based on their learning progress – when in doubt, we trust ourselves and that we make better decisions than computers.

We are convinced that computers and software don’t make nearly as good decisions as humans in some areas. Let alone better ones!

Many of my fellow lawyers still think that computers cannot check contracts or even better than humans. In my opinion, this thinking is a big mistake that will cause a rude awakening to some colleagues.

Digital Transformation: What Needs To Be Done?

In my opinion, it is precisely this difficulty in dealing with the digital transformation that prevents us from exploiting the potential of the changes. Instead of trusting digital opportunities, we fall back on flawed human conclusions, even though the benefits of digital tools have even been proven.

How can we create more trust in the digital possibilities and the positive results of the change processes? I want to start a discussion with all readers. I hope I set an interesting starting point with this post.

Tell me in the comments what you think is preventing us from drawing the full potential of the digital change processes. I am looking forward to your contributions!

ALSO READ: No Advertising! Why AI As A Service Is The Business Model Of The Future