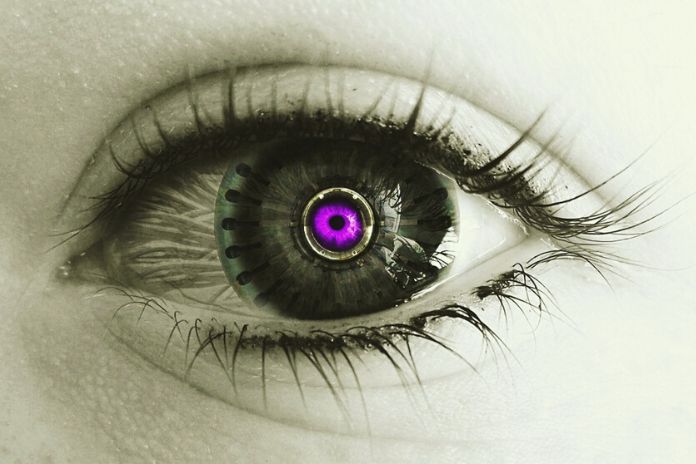 Researchers have developed a robot eye that, thanks to artificial intelligence, can see better than humans. The technology is to be used primarily as a camera in vehicles.  A lot has happened in the development of artificial intelligence (AI) in recent years. We’re now at the point where AI systems can play complex games like Minecraft or create perfume. But with every positive development, negative aspects also come to light.

For example, AI also has racist and sometimes prejudices. Recently, a Google employee even said that artificial intelligence was conscious. After in-depth investigations, he was initially given a leave of absence and finally fired.

It will probably be a few years before computers and machines can hold a candle to us. However, the University of Central Florida researchers have now made a breakthrough. They have developed a robotic eye that can see better than a human.

To do this, the researchers developed a mechanical copy of the human eye’s retina. Through the use of modern technology, the AI ​​eye sometimes even sees better. This is because it perceives and interprets different wavelengths. From ultraviolet light to visible light waves, anything is possible.

The results appear promising. So far, autonomous vehicle systems use various data points to process and interpret the environment. This requires considerable computing power. In turn, the mechanical eye could take over all these tasks within a component and pass the processed information on to the computer.

AI System Recognizes Objects In Up To 80 Percent Of Cases

In addition to the faster interpretation of the environment, the design of AI systems also benefits. Because the artificial eye requires significantly less space than comparable technologies, the safety in autonomous vehicles should increase as the environment is perceived much better. This applies regardless of the current weather conditions.

In the first experiments, the researchers showed the robotic eye different images. Underneath, the number three is represented as a number in ultraviolet or individual fragments of an eight in the infrared spectrum. In 70 to 80 percent of the cases, the AI ​​system interpreted the display correctly and without problems. If things continue at this pace, the researchers expect practical use in the next five to ten years.